Ragging is any shape is strictly prohibited in the institution. Any student found indulged in 'Ragging' shall be liable for stern and harsh punishment including his / her expulsion from the institution along with other suitable legal action

To curb ragging and its menace, the college is liable to comply with the orders of Honorable Supreme Court of India passed in SLP (Civil) No 24295 and 24296 - University of Kerala v/s council, principle, of college, Kerala & other, which stands as follows;-

"Any disorderly, whether by words spoken or written, or by an act which has the effect of teasing, treating or handling with rudeness any other student, indulging in rowdy or undisciplined activities which causes or is likely to cause annoyance, hardship or psychological harm or to raise apprehension thereof in a fresher or a junior student or asking the students to do any act or perform something which such student will not in the ordinary course and which has the effect of causing or generating a sense of shame or embarrassment so as to adversely affect the physique or psyche of a fresher or a junior student”. Thus, ragging includes: 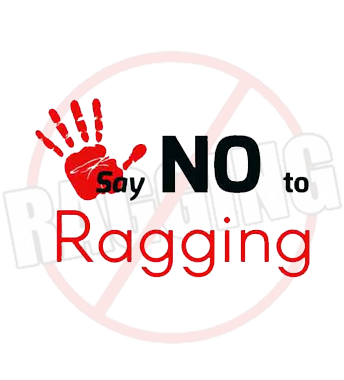 Be it known to all that action shall be taken against those who are found indulging in ragging as per Recommendations of Raghavan Committee to Curb the Menace of Ragging Constituted By the Hon’ble Supreme Court of India, which are as follows

Designed and Hosted By Kalsi IT Solutions & PunjabB2B.com